CLOSE ✕
Get in Touch
Thank you for your interest! Please fill out the form below if you would like to work together.

Thank you! Your submission has been received!

Oops! Something went wrong while submitting the form 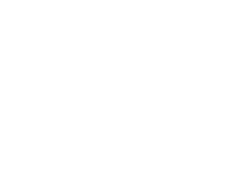 The History of the Soup Kitchen

In 1986, Bob Smith was en route to Springfield, from Westfield, when he picked up hitchhikers who were on their way to have supper at the Open Pantry.  He wondered, “Why can’t we have a soup kitchen in Westfield?”  The Sunday before Thanksgiving, Bob, along with Gary Johnson from Granville and Dick Hansen from Russell, set up a card table on the Westfield Green in the center of town and served sandwiches and milk.  They went looking for customers, under the bridges by the river, and in certain watering holes as well as on the streets themselves, and advertised that food was available.

Bob then was able to get permission from the pastor at St. Mary’s Church to use the high school cafeteria for the operation.  And thus, the Sunday after that Thanksgiving in 1986, the St. Mary’s soup kitchen was officially open for business!

By May of 1987, the soup kitchen was operating Sundays, Tuesdays and Fridays.  There were 10 groups providing meals, all church-affiliated, as Bob also solicited interest in volunteering by speaking at various churches about town. That May, an average of 24 meals were served per night.  Financially, support was provided by the St. Vincent de Paul Society.

By 1993, the soup kitchen was able become an independent entity and the name was changed to “Our Community Table.”  Today, we have (35) different organizations who help, most of which are faith-based, but also including local schools and colleges, as well as neighborhood-based groups.

In 2001, we moved to our current location on the corner of Meadow and White Streets.